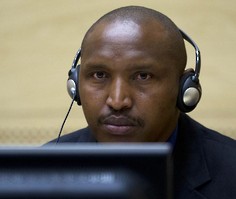 ICC judges have ordered the court’s Registry to provide the necessary resources for Bosco Ntaganda to hire an additional legal staff.

“The Chamber orders the Registry to make available funds for a legal assistant for the duration of the trial until closing statements,” said Presiding Judge Robert Fremr.

The order was given during a status conference to discuss the progress of preparations for the trial of the Congolese military leader, which is scheduled to open on June 2, 2015.

Mr. Ntaganda, who voluntarily surrendered to the court in March 2013, was found indigent and entitled to legal assistance. Last July, Marc Desalliers, who had been lead counsel for Mr. Ntaganda since April 2013, requested to step down from the case. He cited undisclosed “irreconcilable views” with his client on the conduct of the defense case.

Stéphane Bourgon was last August appointed new lead defense counsel for Mr. Ntaganda, and he requested the Registry hire a second legal assistant for the duration of the case. However, the Registry stated that it would only provide resources for the defense assistant for a period of 12 months.

At the status conference, judges directed the Registry to prepare a report on the security situation in the Democratic Republic of Congo and any impact it may have on trial preparations.

Last June, ICC Pre-Trial Chamber II found that there were substantial grounds to believe that during 2002 and 2003, troops belonging to the Patriotic Front for the Liberation of Congo (FPLC) committed crimes against the civilian population in Congo’s Ituri province.

The chamber also determined that as the group’s deputy chief of staff, Mr. Ntaganda bore criminal responsibility for the alleged crimes including murder, attempted murder, rape, sexual slavery, forced transfer of the population, displacement of civilians, attacks against protected objects, pillaging, destruction of property, and use of child soldiers. Mr. Ntaganda sought to appeal at least eight of the 18 war crimes and crimes against humanity charges against him. In July, appeals judges rejected his application.

During the status conference, the defense and prosecution said it was necessary to update the Document Containing the Charges (DCC) against Mr. Ntaganda prior to the commencement of the trial.

“If certain allegations were not confirmed by the pre-trial chamber, they should be removed from the DCC and that document is operational at trial,” said Mr. Bourgon.

Prosecution lawyer Nicole Samson said an updated DCC was appropriate because the pre-trial chamber decision committing Mr. Ntaganda to trial confirmed some charges and rejected others. The decision also altered the geographical scope in which the initial DCC set out the charges as well as the timeframes. She said the prosecution would submit the updated document by November 22, 2014.

Judge Fremr emphasized that the contents of the updated DCC should not lead to protracted litigation in the proceedings.

“There won’t be litigation if the updated DCC doesn’t go beyond the confirmation decision,” responded Mr. Bourgon.

This is article was produced by and originally appeared on the International Justice Monitor, a project of the Open Society Justice Initiative.

This entry was posted in Cases, Democratic Republic of Congo, ICC. Bookmark the permalink.