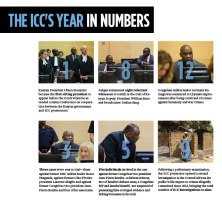 Six key numbers to remember about cases at the International Criminal Court’s cases and situations in 2014.

1. Kenyan President Uhuru Kenyatta became the first sitting president to appear before the Court when he attended a status conference on cooperation between the Kenyan government and ICC prosecutors.

12. Congolese militia leader Germain Katanga was sentenced to 12 years imprisonment after being convicted of crimes against humanity and war crimes.

9. Following a preliminary examination, the ICC prosecutor opened a second investigation in the Central African Republic with respect to crimes allegedly committed since 2012, bringing the total number of active ICC investigations to nine. 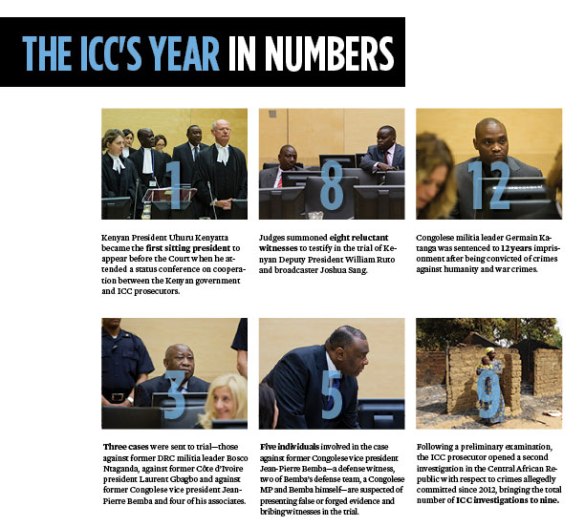 Have your say – what do you think were the most important developments at the ICC in 2014?