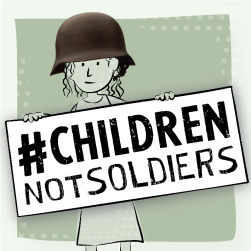 Despite a growing number of prosecutions at the ICC and the launch of a new UN campaign, the brutal crime of using of children as soldiers continues in armed conflicts around the world. This Red Hand Day, we call on governments to take urgent steps to bring perpetrators to justice.

Hundreds of thousands of children around the world—some as young as eight—are forced to serve as front-line combatants in conflicts around the world. In early 2014, the UN reported that over 6,000 children might be involved in the conflict in the Central African Republic, with recruitment continuing as the conflict persists. In Nigeria, children are forcibly recruited, killed and maimed, raped and forced into marriage. Boko Haram has not only abducted hundreds of girls, such as the widely reported abduction of the Chibok schoolgirls in April 2014, but is also said to be using children as young as 12 in hostilities. The UN Independent International Commission of Inquiry on Syria reported in August 2014 that government forces, rebels and other groups such as the Islamic State in Iraq and Syria have all recruited, trained and used children to participate actively in hostilities. 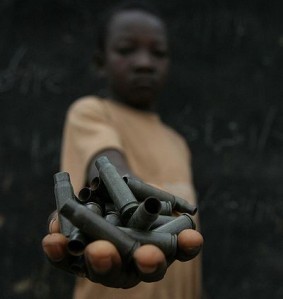 This practice exacerbates the already devastating toll armed conflict takes on children, forcing them to commit unimaginable acts of violence and robbing them of their innocence and their future, along with that of their communities.

Earlier this year, the UN secretary general’s special representative for children and armed conflict, Leila Zerrougui, and UNICEF launched the “Children, Not Soldiers” Campaign, aimed at ending the recruitment and use of child soldiers by government forces by the end of 2016. The plan was backed by UN Security Council Resolution 2143 (2014).

Meanwhile, more than 140 states have ratified the Optional Protocol on the Involvement of Children in Armed Conflict to the Convention on the Rights of the Child, agreeing to assume responsibility for the prohibition of the recruitment of children under 18 into armed groups and government forces and their direct participation in hostilities.

Ending impunity for these crimes is an important step the international community can take to end these horrific human rights violations. Under the Rome Statute, 122 states have to date agreed to investigate and prosecute individuals accused of genocide, crimes against humanity and war crimes, including the enlistment and conscription of child soldiers under the age of 15, as well as using them to participate actively in hostilities, with the ICC only intervening as a last resort. 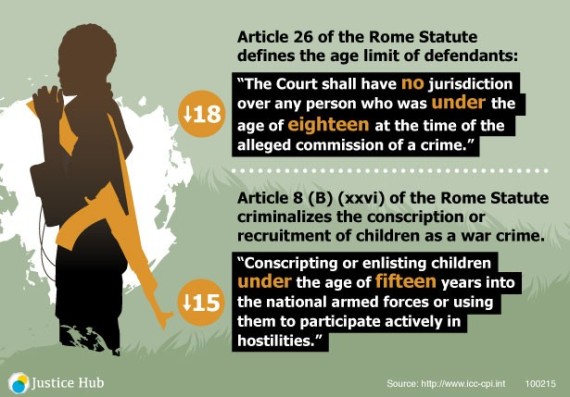 The use of child soldiers has been among the charges in the ICC’s first trials. In March 2012, in its first trial and verdict, ICC judges found Congolese warlord Thomas Lubanga guilty of enlisting and conscripting children under the age of 15 and using them in hostilities in the Democratic Republic of Congo (DRC) in 2002-03. He was later sentenced to 14 years of imprisonment. Similar charges have been brought against another Congolese rebel leader set to face ICC trial, Bosco Ntaganda.

However, the second ICC trial saw DRC warlord Germain Katanga found guilty of one count of crime against humanity and four counts of war crimes, but acquitted of the charges related to the use of child soldiers. Although the ICC judges found that there were children within Katanga’s militia and among the combatants, they concluded that the evidence presented did not prove the accused’s responsibility for this crime.

ICC Prosecutor Fatou Bensouda has made crimes against children a top priority. To work alongside the Office of the Prosecutor’s (OTP) Gender and Children Unit, the prosecutor appointed Diane Marie Amann as a special advisor on children in and affected by armed conflicts, with a mandate to support and advise on OTP policies and training or awareness regarding children. In 2015, Bensouda will develop a policy to prioritize crimes against children by paying special attention to them in all stages of the OTP’s inquiries.

While the international prosecution of using child soldiers is bringing hope to the most vulnerable in conflict zones worldwide, states, bearing the primary responsibility to protect children, need to do much more to end this brutal practice.

Have your say – are governments doing enough to end the use of children in conflict?

3 Responses to Children, not soldiers