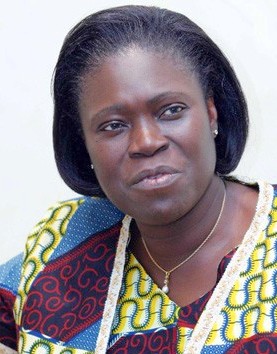 Côte d’Ivoire’s former first lady Simone Gbagbo should be transferred to the ICC in The Hague, appeals judges ruled this week.

The ICC Appeals Chamber confirmed the admissibility of the case against Simone Gbagbo, rejecting Côte d’Ivoire’s appeal against an earlier ruling affirming the Court’s jurisdiction.

Simone Gbagbo is suspected of crimes against humanity including murder, rape and other forms of sexual violence, other inhumane acts and persecution  during post-election violence in Côte d’Ivoire in 2010-11. The charges would have to be confirmed by an ICC pre-trial chamber before any trial could take place.

In March, Simone Gbagbo was convicted of charges related to undermining state security by an Ivorian court and sentenced to serve 20 years in prison.

In response to the ICC ruling this week, media in Côte d’Ivoire speculated about the Ivorian government’s next move (in French).

Central African Republic
The CAR wants to learn lessons from the Hissène Habré trial in Senegal’s Extraordinary African Chambers.Top UN human rights officials knew about the child sex abuse allegations against French troops in the CAR, but did nothing because they assumed French authorities were handling it, AP reported. French and Central African authorities are reportedly cooperating to investigate the alleged abuse, but the CAR’s interim president Catherine Samba Panza accused the French government of keeping her in the dark about the allegations.
Kenya
Elizabeth Evenson of Human Rights Watch (HRW) called for investigations into the deaths of two Kenyans linked to the ICC cases.

ICC Prosecutor Fatou Bensouda asked judges to admit prior statements from six witnesses who recanted their testimonies in the trial against Kenyan Deputy President William Ruto and broadcaster Joshua Sang. In her application, Bensouda told judges she has insufficient evidence against  Ruto and Sang because the witnesses were intimidated and bribed. Ruto’s defense counsel will enter a ‘no case to answer’ motion, arguing that the prosecution has failed to provide enough evidence to back up its charges.

A Kenyan county commissioner said that the ICC cases are impeding reconciliation.

Darfur
The UN special rapporteur on violence against women called for an inquiry into the allegations of mass rape in Tabit, Darfur. Sudanese militias are besieging the displaced in East Jebel Marra, Darfur. The governor of South Darfur established a tribal reconciliation committee to deal with two warring tribes.

DRC
Residents of a town in eastern DRC started a tax strike in protest of several rebel massacres that have occurred there.

Libya
HRW called on all parties to the conflict in Libya to allow civilians safe passage out of Benghazi, which has been besieged by fighting. Libya’s prime minister escaped an assassination attempt.

The International Crisis Group (ICG) called for mediators to establish a framework for more negotiations on the Mali peace deal and for all parties to return to the bargaining table as soon as possible. A UN peacekeeper was killed by militants in Bamako, and a bombing in northern Mali injured three UN troops.

The president of the ICC’s governing body met with the president of Mali and urged him to strengthen Mali’s judicial system and pass legislation on cooperation with the Court.
Uganda
Ugandan police arrested a suspect in the murder of war crimes prosecutor Joan Kagezi. A former LRA abductee started a community school to help disadvantaged youth.
Preliminary Examinations

ICG warned that Colombia’s peace talks are in danger of failing amid renewed violence and called on all sides to use restraint and redouble diplomatic efforts. Negotiators for the FARC rebels said that they want to push ahead with peace talks despite recent clashes between the group and government troops. A FARC commander was killed in a raid by government forces, and the FARC said that one of its peace negotiators was killed in airstrikes. Academic Marina Aksenova discussed how Colombian sentencing practices could be interpreted by ICC prosecutors. A Guardian columnist argued that peace in Colombia depends on tackling systemic violence against women.

HRW called on Nigeria’s incoming president to address large-scale abuse and lack of accountability in the country. The Boko Haram killed 37 in an attack on Borno village. The UN reported an alarming rise in Boko Haram suicide bombings using women and children. Video evidence captured near the group’s camps indicates that foreign fighters are among its leaders.

Campaign for Global Justice
Jamaica’s justice minister said that legislation allowing the country to join the ICC is in an advanced stage and should be ready by the end of the year. The Bulgarian parliament is set to debate a bill on an agreement to relocate ICC witnesses in the country.
What else is happening?

No Peace Without Justice expressed concern at the occupation of Palmyra by ISIS, and blamed impunity for the increasingly bold actions of the group.

Sucharita S.K. Varanasi of Physicians for Human Rights discussed the use of medical forensic technology for evidence of mass atrocities.

East African leaders will hold an emergency summit to discuss the crisis in Burundi, where an opposition leader was murdered. Sri Lanka’s wartime army chief said that he would welcome a war crimes investigation.