Countering the anti-ICC agenda in Africa

Posted on September 3, 2015 by commscicc 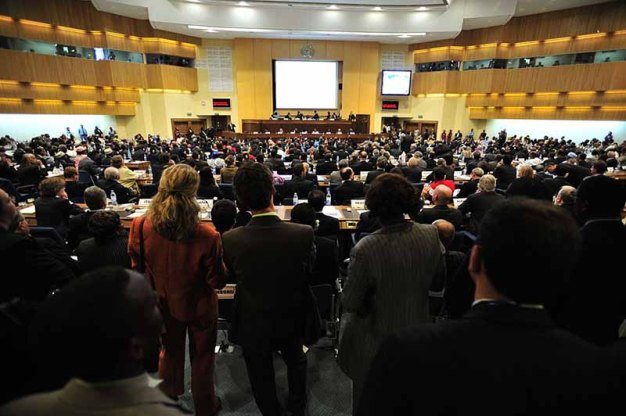 In this guest post from Humanity United, Sulemana Braimah, executive director of Media Foundation for West Africa, discusses the difficult but important relationship between the ICC and African states, and provides suggestions for the way forward.

Over the last two years, there have been vigorous attempts by some African governments to use the African Union (AU) as a platform to ruin relations between the International Criminal Court (ICC) and African states that have signed up to be members of the Court. Such anti-ICC efforts have included attempts to have an AU resolution denouncing the ICC adopted by member states.

The main argument for the anti-ICC campaign, which is spearheaded by the governments of Kenya, Sudan, Ethiopia, Uganda, Rwanda and Zimbabwe, is that the Court is a neo-colonialist institution set up to influence governance on the continent by selectively targeting African leaders for prosecution. The argument is often backed by the assertion that, so far, persons prosecuted and situations being investigated by the ICC have all been from Africa, thus prompting the question: if the Court is really meant to deliver justice globally, why are only Africans being prosecuted or investigated? Is it only Africans who commit the kind of crimes the Court was set up to deal with – genocide, crimes against humanity and war crimes?

In December 2014, for example, Ugandan President Yoweri Museveni announced that he intended to mobilize African leaders to quit the International Criminal Court, accusing the Court of being used as a tool to target the continent. “I will bring a motion to the next sitting of the African Union to have all African states withdraw from the court, and then they can be left alone with their own court,” Museveni was quoted by the AFP news agency as having said while speaking at an event to mark Kenya’s independence anniversary in Nairobi. President Robert Mugabe of Zimbabwe, who assumed Chairmanship of the AU for 2015, subsequently announced during the AU Summit in January 2015, his intention to push for African members of the ICC to pull from the Court.

Even before the renewed spirited efforts in the last couple of years to impede the operations of the ICC in Africa, a warrant issued in 2009 by a pre-trail chamber of the ICC for the arrest of Sudanese President, Omar Al Bashir, had sparked frosty relations between the AU and the ICC. Unhappy with the indictment of President Bashir, the AU made a decision in July 2009 instructing member states not to co-operate with the ICC for the arrest and handing over of the Sudanese President. Since the AU decision, President Bashir has been to a number of African states that are signatories (States Parties) to the Rome Statute without being arrested, signalling compliance with the AU decision among such member states.

In July 2014, there was another significant milestone in the attempts to hamper the ICC’s operations in Africa when AU member states adopted an amended protocol to expand the jurisdiction of the African Court of Justice and Human Rights to cover serious crimes including those within the mandate of the ICC. Ordinarily, the amended protocol would appear to be a positive development in furtherance of the principle of complementarity.

However, the amended protocol makes provisions for immunity before the same African Court for heads of state and senior state officials. This simply means that while the African Court is empowered by the amended protocol to deal with genocide, crimes against humanity and war crimes, heads of state and senior state officials will be immune from prosecution by the Court even when they are culpable for such crimes. It also amplifies the determination by African leaders to shield themselves against the powerful wheels of justice. As many have asked, why seek immunity against crimes you will not commit or condone?

President Bashir’s recent dramatic escape from South Africa despite a South African court order for him not to be allowed to leave the country is the last testimony of the strong commitment of some African governments to fully adhere to the AU fiat on non-cooperation for the arrest of the Sudanese leader. After Bashir’s escape in June, in defiance of the court order, initial comments by South African officials suggested they did not know how the fugitive leader left the country.

The previous decision by AU heads of state not to cooperate with the ICC for the arrest of President Bashir, and the avid compliance with that AU decision among member states, should clear any doubts about how effectively the AU system can be exploited to protect leaders who commit serious crimes from being prosecuted and punished. So even though the push by the anti-ICC governments has not yet found favor with the majority of AU member states, the threat to the ICC’s effectiveness in Africa remains real with potential dire consequences for justice on the continent.

For victims, what matters is justice regardless of where it comes from

While it is true that almost all prosecutions and investigations by the ICC have been against Africans, it must be consistently reiterated that the majority of the African cases and situations dealt with or still being handled by the Court have been at the instance of the African countries themselves. Besides, there are many other truths that legitimise the pursuit of justice by the ICC in Africa even if doing so amounts to geographic imbalance in the Court’s docket.

First of all, it is true that since the inception of the Court (and even the period before the Court), Africa has been an epicentre of international crimes, mainly as a result of the many post-colonial conflicts on the continent. It is also true that for decades many of the powerful in African societies have committed serious international crimes with unimaginable levels of impunity. It is equally true that in Africa, victims of serious crimes including genocide, crimes against humanity and war crimes, have endured injustice for far too long.

Additionally, it is a fact that in many African countries, particularly those that have gone through or are still going through decades of conflicts, the national judicial systems remain weak. Existing local justice mechanisms in the majority of African countries are just incapable of dispensing credible justice, especially when those responsible for crimes are the powerful and even leaders in society.

Also, the majority of African countries lack legislation that fully incorporates genocide, crimes against humanity, and war crimes into domestic law, making International Justice mechanisms such as the ICC, the most reliable windows of opportunity for providing justice to victims and punishing perpetrators.

The challenges with the local justice systems in Africa and the consequent importance of the ICC in justice delivery in Africa were aptly highlighted by former UN Secretary General Kofi Annan when he said: “Africans want justice, preferably from their own governments if they can and, if not, from the International Criminal Court. The day when African courts become independent, strong and can handle these cases, I think we will see fewer referrals to the ICC.”

If anyone is still in doubt about the weakness of the legal systems in Africa and the consequent crucial role of the ICC in providing justice for victims of international crimes, Bashir’s recent escape from South Africa is yet another piece of evidence. Bashir’s escape was a big slap in the face of international justice by Africa’s most advanced country. It affirmed how some Africa governments can disregard the lives and rights of thousands of victims of war crimes and genocide by simply abusing the local justice system in favour of the powerful who perpetrate such international crimes.

It must also be emphasised that, given Africa’s history of war and serious crimes, impunity and injustice for victims, it should be a blessing rather than a misfortune if Africa is the exclusive beneficiary of targeted and increased justice delivery by any legitimate justice mechanism such as the ICC. An overdose of justice delivery for international crimes in Africa can only result in the positive situation of redress for victims, less impunity and more peaceful societies. It sounds hypocritical to constantly hear African leaders at the AU lament about the spate of conflicts on the continent and seek more aid for peacebuilding while at the same time seek to avoid justice for crimes. There cannot be peace without justice.

For victims of international crimes, what matters is justice, not where it comes from. To put it better and to deflate the argument that the ICC targets Africa, international criminal law expert Steven Powels poignantly stated:

“For Africa’s victims, justice, even if selective, will always be welcome. Are African perpetrators singled out more than others? Perhaps. But try telling that to their victims. From a man forced to choose which healthy hand to have amputated, to a woman gang raped by 20 men, to a child forced to kill his parents and join a rebel gang, justice, even if selective, will almost always be welcome. It is the victims of the crimes overlooked that have the right to complain, not the defendants in the dock.”

There has been strong civil society advocacy in support of strengthening the ICC in Africa. The campaigns have opposed the anti-ICC propaganda and attempts by some governments to use the AU framework to get African countries that are States Parties to the Rome Statute to pull out. The recent Bashir incident in South Africa was, for example, occasioned by a legal suit filed by a civil society group. The result of the suit – the embarrassing escape of the fugitive Sudanese President and the wide condemnation of the South African government for failing to enforce an order by a local court – is a major achievement of the campaign. It is also an indicator of how powerful civil society actions can be in pursuing perpetrators of international crimes.

Despite the successes of the civil society campaign so far, a lot more needs to be done. So far, the pro-ICC campaigns by civil society groups have largely targeted the AU Commission, heads of state, justice ministers and diplomats.

Unfortunately, there have been little or no coordinated campaigns targeting the citizenry to increase their awareness and knowledge about the ICC or empowering local populations to advocate for the ICC in Africa. While it is important to engage governments directly on matters of the ICC, ordinary Africans are usually the victims of the serious crimes perpetrated by the powerful in society, including government officials. Indeed, the foremost beneficiaries of justice delivery by the ICC in Africa are Africans. African citizens can, therefore, be the most influential and credible advocates of the ICC on the continent. But the local people can only be effective in their advocacy and defence of the ICC when they are empowered with the right information about the Court and its mandate.

So in order to make significant progress in strengthening the ICC in Africa, campaigners and advocates must prioritise public education about the ICC, its role and how important it is for safeguarding the right to peaceful lives and justice among Africans. The media in Africa should be proactively engaged and capacitated to provide more coverage on the ICC and international criminal justice issues. There should be more efforts to get the general public informed about decisions and positions of their governments on ICC issues during regional and international meetings, such as during the Assembly of States Parties (ASP) of the ICC and at the AU level.

Not much can be achieved if ordinary Africans, who are the real and potential victims of serious crimes and for whom the ICC exists to serve, are left out in the campaigns to make the ICC stronger and effective in Africa. It is time to empower the citizenry to act to safeguard their right to justice through a stronger ICC.

4 Responses to Countering the anti-ICC agenda in Africa