Improving victim participation in the Ongwen case: lessons from Lubanga 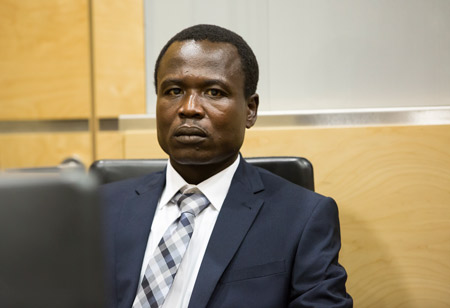 In this guest post from Humanity United, Jeanne Elone of TrustAfrica reflects on victim participation at the ICC, and how it may be improved in the upcoming Ongwen case. She argues that by drawing on experiences from the Lubanga case, victims could have increased opportunities to influence and provide feedback on proceedings.

When Fatou Bensouda, the Chief Prosecutor of the International Criminal Court (ICC), first assumed her role, she made a passionate statement about the need to situate victims of atrocity crimes in the ICC narrative: “What offends me the most when I hear criticisms about this so-called Africa bias is how quick we are to focus on the words and propaganda of a few powerful, influential individuals, and to forget about the millions of anonymous people who suffer from their crimes.” She went on to say: “I am a victim-oriented person. I like to see that the victims know that they have a voice.”

Victim participation is, without a doubt, a core element in the pursuit of justice, and all eyes are currently on Uganda and the ICC as preparations for Dominic Ongwen’s trial begin. Will Ongwen’s case confirm the doubts of ICC skeptics, exposing the incapacity of the Court to conduct a fair and expedient trial that responds to the priorities and concerns of victims? Or will the Ongwen trial provide the opportunity to rehabilitate the image of the Court, not only in the minds of legal experts, but also in the view of victims and their communities who have been disappointed by some court proceedings in the past?

The first ten years of the Court have been far from perfect, with criticisms ranging from bias in the selection of cases, to improper investigations, failure to protect witnesses, and poor prosecutorial strategy. While these shortcomings have tarnished the Court’s image, they have also provided the opportunity for learning and hopefully, course correction. In particular, the completion of the ICC’s first trial against Thomas Lubanga in 2011 provides a model of what works and doesn’t work in prosecuting international crimes in the African context.

Focusing on the aspects relevant to victim participation in ICC proceedings, there are several important lessons to be drawn from the Lubanga case that can inform the Ongwen trial.

One of the major critiques of the Lubanga case was the prosecution’s charge selection, which focused on the conscription of child soldiers, and excluded a variety of other criminal acts. Throughout the trial, witnesses repeatedly referenced the use of rape and sexual violence but these acts were not included in the final judgment since they were not part of the charges against Lubanga. An attempt to expand the indictment to include sexual and gender based violence was rejected by the Court to the outrage of victims groups and their advocates.

For non-lawyers, it’s important to understand that prosecutorial strategy is a complex balancing act between what is “provable” and what “actually happened.” Although ideally, criminal proceedings should reflect the full gamut of alleged crimes, this is rarely the case. In the Lubanga trial, the prosecutorial team was under pressure to file charges for which they had sufficient evidence to build a strong case.

The Lubanga case sheds light on an inherent dilemma faced by the Court: Is it better to bring solid cases with a limited scope of charges or should the prosecutor wait until sufficient evidence is collected to reflect a wider range of alleged criminality? The challenge in pursuing a wider range of charges is both the evidentiary burden and the lengthy nature of investigations. The ICC has rightly been criticized for brining weak cases and losing them, because good evidence can be hard to come by. Moreover, the drawn out nature of investigations has led to disillusionment among victims and their communities many of whom have seen loved ones die waiting for justice to be done.

Still some advocates have argued that the declarative nature of filing criminal charges against abusers has intrinsic value beyond the success or failure of individual prosecutions. However, the deterrent value of the Court relies on its ability to parse out responsibility for heinous crimes and hold perpetrators accountable. Ultimately, the office of the prosecutor is in the unenviable position of making these types of calls on a regular basis. We can only hope that in the Ongwen case, improved preparation and better understanding of these dynamics will result in an outcome that meets the expectations of more stakeholders.

Observers of the Lubanga case have learned that the pre-trial phase is the most important opportunity for victims and their communities to influence proceedings. This internalization of legal strategies represents an important advantage for subsequent cases before the ICC when victims and their communities can be mobilized early in order to feed into proceedings before the confirmation of charges.

Another important lesson is that prosecutors should do their best to file charges that adequately reflect the full range of crimes that victims have suffered. This means that the office of the prosecutor will need to work closely with victims groups in advance of the trial in order to fully understand the extent of alleged criminal acts. In addition, the Court needs to establish clear guidelines about the threshold of evidence required to bring charges in order to avoid weak cases that undermine the credibility of the court.

In the Ongwen case, currently before the ICC, the office of the prosecutor has already taken steps to improve relations with victims groups and their communities. Notably, consultation with victims groups led the ICC to delay the trial start date for six months to allow for further investigations. This should enable victims groups to get their advocacy done early and influence the scope of charges since it is unlikely that they will be able to request new charges to be included once the trial has started. This is not to say that victims groups will find it simple to get their priorities and concerns addressed by the Court. For example, a recentapplication by the Uganda Victims Foundation has been rejected. Nonetheless, this is a step forward from the Lubanga case, and there is still time for victims groups to prepare their advocacy and influence the case before it begins.

One of the most important innovations of the ICC is Article 68(3), which provides for victims’ participation in proceedings. This provision generated significant expectations among victims groups who placed their trust and hope in the Court, when national jurisdictions proved unable or unwilling to pursue justice on their behalf. In practice, however, victims experienced repeated setbacks and challenges in their interactions in The Hague.

Victims in the Lubanga trial expressed frustrations related to the length of the trial, which took 2.5 years to reach a verdict. Over time, victims who had been involved in fact-finding and truth seeking missions became discouraged and disillusioned with the process. Also, those who were able to participate in proceedings were subjected to repeated delays related to the failure of the prosecution to properly disclose evidence. These delays were added to the anxiety that many victims felt serving as witnesses for the first time.

Multiple corrective measures have been taken to facilitate meaningful victim participation in ICC proceedings. These include improving the communications and outreach functions of the Victims and Witness Unit and jurisprudence relating to the modalities of victim participation before the ICC. Ultimately, the challenges faced by the first victims participating in ICC proceedings drew attention to the need to provide platforms and opportunities for victims to engage these processes more meaningfully.

In the Ongwen case for example, there have been discussions around holding the trial in Uganda, in order to ensure that the trial takes place closer to the victims and affected communities, and allowing for greater participation and engagement by a wider range of stakeholders. Although in situ proceedings pose significant challenges in terms of resources, logistics, and the protection of witnesses, they fulfill a fundamental promise of the Court that was established through the efforts of myriad civil society groups representing the expectations and aspirations of victims. Teasing out the challenges involved in in situ proceedings may be well worth the effort if it helps legitimize court proceedings and allow justice to be seen to be done.

Another opportunity to directly engage victims and their communities in the proceedings taking place at The Hague is to facilitate remote trial monitoring and create platforms for victims groups to share their perspectives on proceedings taking place far away from where atrocities were committed. Whether or not these avenues for participation will be explored in the Ongwen trial remains to be seen.

The Lubanga case is perhaps the most infamous for drawing attention to the central role of intermediaries (NGOs, lawyers, journalists, and community leaders) in linking the Court with affected communities. During the trial, Lubanga’s defense accused the prosecution of subcontracting intermediaries who in turn paid witnesses for false testimony before the Court. The defense argued that intermediaries were poorly screened and therefore unreliable investigators. Even so, it became clear that intermediaries were integral to the work of the Court, which could not possibly deploy enough personnel to interview witnesses across the globe and in remote regions.

The role of third parties in ICC investigations and prosecutions has subsequently become the focus of an inter-organ working group tasked with developing clear guidelines on the role of intermediaries in ICC proceedings. The guidelines are in the final stages of refinement and are expected to roll out later this year. It is hoped that these guidelines will facilitate the work of intermediaries, and improve the efficiency and transparency of future cases before the ICC.

A final lesson of the Lubanga trial is the need to consider legacy from the outset. This entails conceptualizing the various phases of the trial in terms of their lasting impact on all stakeholders, including victims, intermediaries, legal professionals and the broader national and regional context in which the trial is taking place. In Uganda, processes before the ICC cannot be extricated from the ongoing national debate on peace, truth, justice, reparation, and reconciliation.

The various participation mechanisms described above provide opportunities to ensure that processes taking place in The Hague are not divorced from the realities in the ground in Uganda and that victims and their communities have increased opportunities to influence and provide feedback on proceedings.

This article was originally published on Humanity United.

Sign up for our weekly updates to get the latest GlobalJustice news.

5 Responses to Improving victim participation in the Ongwen case: lessons from Lubanga