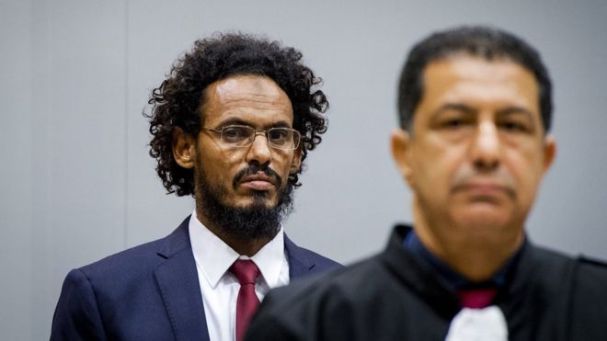 First ICC witness tampering trial opens
Witness protection has become key issue at the ICC of late. On Tuesday, the trial of five men accused of bribing witnesses in now-concluded trial of Congolese politician and militia leader Jean-Pierre Bemba opened in The Hague. The prosecution alleges that defense witnesses were bribed to give false evidence and testimony. Bemba himself stands accused along with four associates, including members of his former defense team and a Congolese MP. They face a maximum sentence of five years’ imprisonment and a fine if convicted. All have pleaded not guilty.

As the first such case to come before the ICC, civil society said the trial is a warning to anyone attempting to interfere with the administration of international justice. The ICC prosecutor is also seeking the arrest and transfer of three Kenyans suspected of interfering with witnesses in the Kenya situation.

Timbuktu destruction suspect arrested
The destruction of Timbuktu’s cultural heritage following the invasion of northern Mali by Islamist rebels in 2012 provoked international outcry. In surprise move this week, a Tuareg rebel was surrendered by Niger to the ICC for the alleged destruction of nine mausoleums and a mosque in the UNESCO world heritage site. On Wednesday, Ahmad al Faqi al Mahdi became the first suspect in the Court’s Mali investigation to appearbefore the Court charged with the war crimes of attacking historical monuments and buildings dedicated to religion.

The Malian Coalition for the ICC said al Mahdi’s arrest was a major step in the fight against impunity. The International Federation for Human Rights and its local partners welcomed the transfer, but called on the prosecutor to expand the charges to include alleged crimes against civilians, including rape, sexual slavery and forced marriage. The hearing to decide whether to send the case to trial will take place in January next year.

ICC investigations
Democratic Republic of Congo: The prosecution case in the trial of Bosco Ntaganda continued at the ICC this week with a former insider in his militia, the Union of Congolese Patriots, testifying that the group excluded the Lendu community from its fighters. A new report urged the DRC government to reform its justice system in line with international standards to better prosecute atrocities.

Cote d’Ivoire: Former Côte d’Ivoire president Laurent Gbagbo has asked for his trial, currently scheduled to open on 10 November in the Hague, to take place in Côte d’Ivoire.

ICC preliminary examinations
Colombia: Last week’s peace and justice agreement between the Colombian government and the FARC rebel group has prompted a wide range of reactions. So what is civil society saying?

Guinea: On the sixth anniversary of the massacre of protestors in a Conakry stadium on 28 September, civil society called on Guinea to make accountability and judicial reform priorities.

Campaign for Global Justice
Assembly of States Parties President Sidiki Kaba urged all governments to ratify the ICC Rome Statute at an event on the margins of the UN General Assembly on the restriction of the veto for mass atrocities. Meanwhile, Secretary General Ban Ki-Moon for the first time called for the Syrian situation to be referred to the ICC.

What else is happening?
France launched an inquiry into grave crimes allegedly committed by the Assad regime. Amid allegations of civilian casualties during ongoing airstrikes, Russia reportedly risks prosecution for war crimes for its involvement in Syria.

The African Union said a special court will be established to prosecute war crimes in South Sudan, a move long called for by civil society.

Germany sentenced two Rwandan rebels to 13 and 8 years of imprisonment for serious crimes committed in DRC under their command from the German soil.

The Yazidi community in Iraq has submitted a report to the ICC containing claims of genocide by ISIS.

The ICC has launched a new blog on outreach activities to communities affected by its work.

Spain and Romania want to set up an international terrorism court.

At the Human Rights Council, in the face of resistance from Saudi Arabia and its coalition partners, Western governments withdrew plans for an international inquiry into human rights violations in Yemen. Victims of Sri Lanka’s armed conflict could finally get the truth and justice they deserve following the adoption of a crucial resolution at the Council this week.