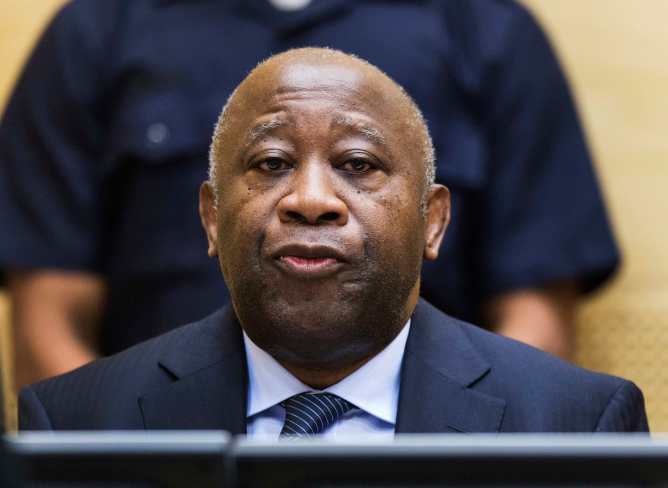 Former Ivory Coast President Laurent Gbagbo attends a confirmation of charges hearing in his pre-trial at the International Criminal Court in The Hague. REUTERS/ Michael Kooren

The International Criminal Court’s new permanent premises has arrived just in time. 2016 is shaping up to be one of the busiest years yet for the Court. January alone will see hearings in cases related to alleged grave crimes in Côte d’Ivoire, Kenya, Uganda and Mali. Meanwhile, a former Congolese militia leader is this month set to become the first ICC convict to complete their sentence. Read the full story

Democratic Republic of Congo: Rebel leaders Thomas Lubanga and Germain Katanga returned to the DRC to serve the remaining of their respective ICC sentences. Katanga also faces domestic war crimes charges alongside three other people. So what do people think about the ICC in DRC?

Central African Republic: 23 international and local civil society organizations urged the international community to increase its efforts to establish a Special Criminal Court in war-torn CAR. ICC Prosecutor Fatou Bensouda warned against violence ahead of general elections in the country. Meanwhile, the UN is investigating new allegations of sexual abuse by its peacekeepers.

Darfur: The ICC prosecutor called on the UN Security Council to take action over perpetrators of heinous crimes in Darfur.

Kenya: ICC Prosecutor argues that developments related to “Rule 68” at last November’s Assembly of States Parties on pre-recorded witness testimony should not be placed into the appeals record in the case against Kenyan Deputy President William Ruto and Joshua Sang.

Uganda: Mariana Pena of the Open Society Justice Initiative on how the trial of Lords’ Resistance Army commander Dominic Ongwen highlights the challenges for victims’ participation in ICC proceedings.

Iraq/UK: A former army commander urged the British government to speed up investigations into allegations of unlawful killings by its troop in Iraq.

On 2 January, Congolese President Joseph Kabila promulgated a law implementing the Rome Statute, the ICC’s founding treaty, adopted by parliament in 2015. The long fought-for law allows for national prosecutions of war crimes, crimes against humanity and genocide and greater cooperation with the ICC.

Civil society urged the UN Security Council to take urgent action on the situation in Burundi with new reports on new extrajudicial and systematic killings in the country.

Impunity in various regions worldwide in 2015 caused grave violations of humanitarian core principles and disrupted the delivery of vital aid.

Kenyan NGOs head into 2016 facing a deeply uncertain future as government intensifies its effort to crack down on an independent civil society.

As the ICC just moved to its new and permanent premises, President Silvia Fernandez de Gurmendi reflected on the Court’s record so far and its future.

Three Bosnians suspected of playing a role in the Srebrenica massacre have been arrested.

The International Criminal Tribunal for Rwanda closed on 31 December 2015. But who owns its ‘legacy’?

Finally, the UN library this week announced that its most checked-out book in 2015 deals with immunities for international crimes.