Justice and the Syrian crisis 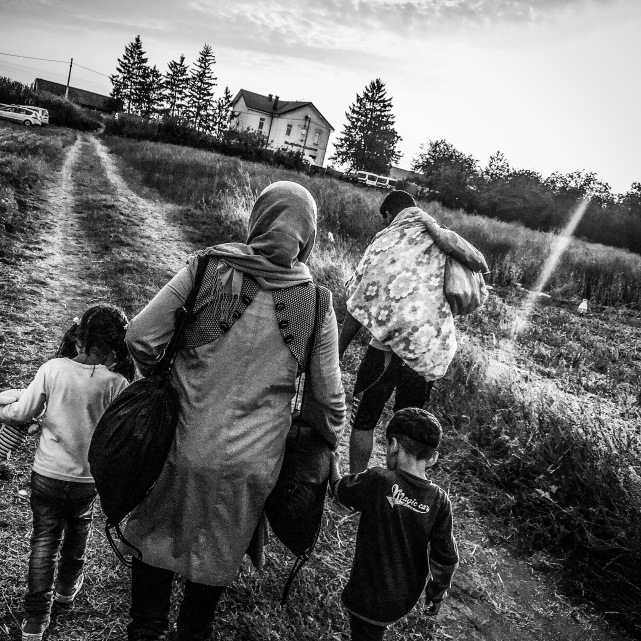 In September 2015, American visual journalist and photo editor Patrick Witty spent three weeks following refugees on their journeys across the Aegean to Greece, through Serbia, Croatia and Hungary. “I witnessed thousands of men, women and children landing on the coast of Greece, some crying with joy, others fearful of the next step. I was deeply moved by their strength and courage. Hopefully, I’ve offered a small glimpse into what it feels like to be on this epic journey.” © Patrick Witty/Time

Atrocities committed with impunity have had an untold human impact in Syria, set its development back almost four decades, and fueled the biggest refugee exodus since the Second World War. Justice must be part of the response to the crisis that has so exposed the ineffectiveness of the international community to protect civilians and deter the most heinous crimes.

Grave crimes by government forces, rebels and terrorist groups have been well-documented since the outbreak of post-Arab Spring violence in Syria. The numbers are staggering. Since the onset of the crisis in 2011, around 220,000 have been killed, over one million injured and 50 percent of the population displaced. Four million have fled and over 12 million remain in urgent need of humanitarian assistance inside the country.

According to the UN, life expectancy is estimated to have shortened by almost 13 years and school attendance dropped more than 50 percent. Syria has also seen reversals in all 12 recorded millennium development goal indicators. By the end of 2013, an estimated three in four Syrians were living in poverty, with 54 percent in extreme poverty. Fearing for their lives and livelihoods, it is no surprise so many choose to leave.

“The rule of law must become a cornerstone of the international community’s approach to preventing mass human rights violations. We are fortunate to live in a world that finally has the legal tools and framework to hold perpetrators accountable. Governments must advance systemic solutions to the violence killing so many victims and driving the exodus from Syria. Regardless of the institution or forum, justice ultimately has to be part of the wider peace solution. Without it Syria will remain entrenched in cycles of violence.” 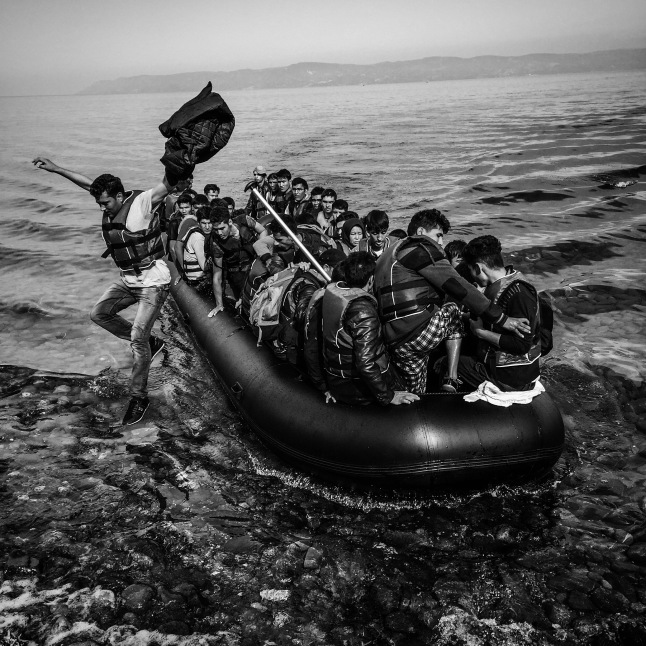 With little hope for accountability domestically, it is the responsibility of the international community to advance alternative routes towards justice.

In March 2015, a UN commission of inquiry repeated its call for the UN Security Council to request the ICC prosecutor to investigate crimes by all sides in Syria. The UN secretary-general did similar later in the year, joining the call of dozens of states and hundreds of civil society groups. While Russian and Chinese vetoes of a referral resolution in 2014 make another attempt unlikely in the short-term, governments must keep the pressure on.

Some have suggested the establishment of a temporary international tribunal set up under UN auspices, separate to the ICC. However, this option would also be at the mercy of the veto-wielding states in the Security Council.

Alison Smith, director of the international justice programme, No Peace Without Justice

“In Syria, a lack of accountability not only encouraged ongoing violence, and contributed to the current refugee crisis, it helped carve out a space in which groups like the so-called Islamic State flourished. Yet while the barbarism of the Islamic State is hard to ignore, it is important to remember that the majority of suffering by far is being inflicted on the people of Syria by their own government. It is past time for the international community to wake up and insist on accountability both now, wherever possible, and as part of an overall political solution to the conflict.” 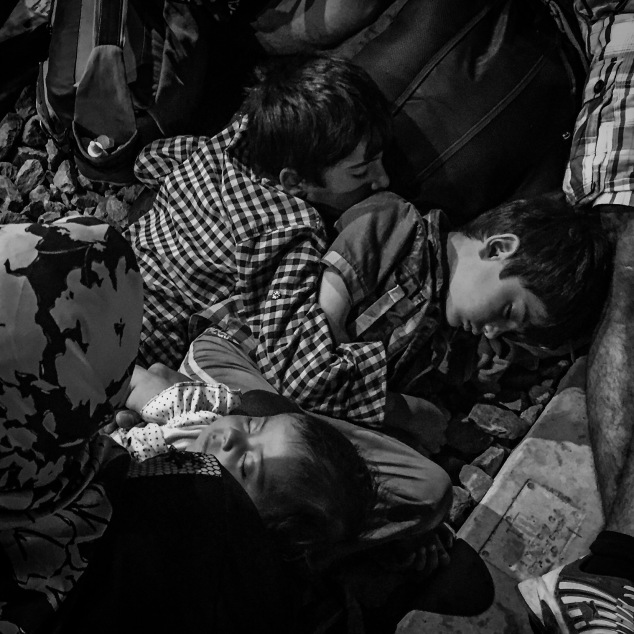 Several states, and some civil society groups, have been collecting evidence of grave crimes in Syria in anticipation of future prosecutions.

In September 2015, France announced a national investigation under the principle of universal jurisdiction into allegedly carried out by Bashar al-Assad’s regime. Other governments may eventually be able to prosecute suspected war criminals that have fled Syria to their territories.

The ICC prosecutor has also urged ICC member states to prosecute their own nationals suspected of committing crimes in Syria and Iraq, indicating that ICC prosecutions of ISIS leaders would be unlikely given jurisdictional constraints.

While welcome, the efforts of individual countries will be of limited scope. They do not absolve the wider international community of collective action to end the widespread abuses that continue to be committed with complete impunity. 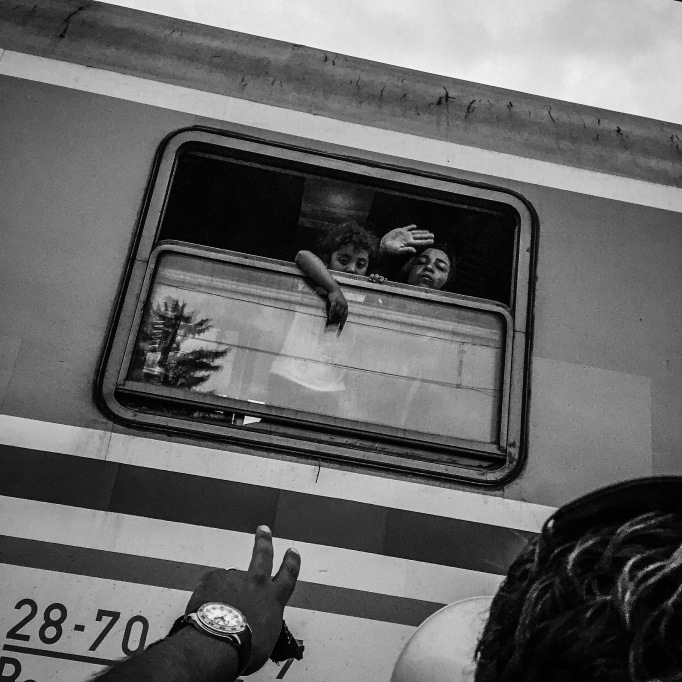 Justice alone, through the ICC or other legal mechanism, will not solve the Syrian conflict. But accountability must come in some shape or form if the country is to have any chance at ending the cycles of atrocious crimes still claiming the lives of thousands.

And as long as violence and impunity reign in Syria, the unprecedented pressures on governments and the international humanitarian system will continue to mount.

“Countries in the Middle East endured a tumultuous 2015: civil war, insurgency and occupation aimed at shifting the regional power dynamics and erasing the borders of states. The chaos has reverberated beyond the region as it has become the source of a refugee crisis that has caught Europe in the headlights. For Al-Haq, the lesson is clear: impunity for international crimes perpetuates human suffering, regional instability and undermines the human rights of all.”

In the year that saw access to justice included in the new UN global development goals, governments must insist that accountability be central to efforts to bring peace and stability to Syria- and to the growing number of countries where heinous crimes are becoming ever-present.

This article was originally published in the 2015-16 Global Justice Monitor, the annual international justice review of the  Coalition for the International Criminal Court, a civil society network in 150 countries.

This entry was posted in Uncategorized and tagged refugee crisis, Refugees, Syria. Bookmark the permalink.

3 Responses to Justice and the Syrian crisis