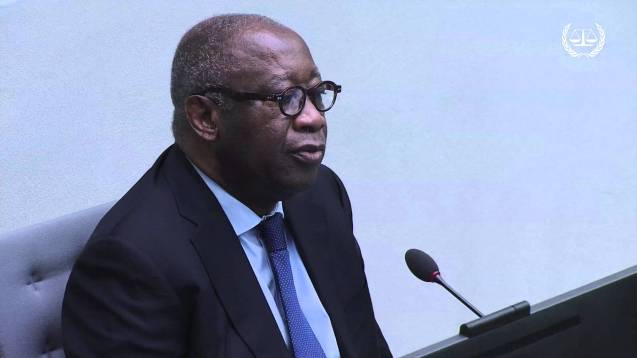 Former president of Côte d’Ivoire Laurent Gbagbo at the ICC on 28 January 2016. © ICC

The trial of former Côte d’Ivoire president Laurent Gbagbo opened at the International Criminal Court (ICC) yesterday, the first such case of its kind before the Court and a timely reminder that in the Rome Statute system of international justice no one is immune from ICC prosecution. Gbagbo and youth leader Charles Blé Goudé are suspected of responsibility for post-electoral violence that killed up to 3,000 and left thousands injured in Côte d’Ivoire in 2010-11. 726 victims have been allowed to participate in the case. Civil society said the trial offers hope to victims of the conflict but called on the ICC and Côte d’Ivoire government to ensure all sides to the conflict are prosecuted for grave crimes. Civil society also warned that a lack of ICC presence and communication around the trial would deepen already highly polarized public opinion in the country.

Refugees from South Ossetia in a camp in the town of Alagir, North Ossetia, 16 August 2008. The ICC prosecutor is investigating alleged war crimes and crimes against humanity during the South Ossetia conflict which involved Georgia and Russia. ©Evstafiev/Wikimedia Commons

ICC judges this week authorized the prosecutor to investigate crimes allegedly committed in the context of the 2008 armed conflict in Georgia, which also involved Russia, over the self-proclaimed territory of South Ossetia. Georgian civil society welcomed  the move saying that perpetrators of grave have continued to live with impunity while victims have been left without any redress. The ICC prosecutor called on all parties to cooperate with the investigation. Civil society urged states parties to provide the Court with the necessary resources to investigate its tenth situation.

Uganda: The hearing to decide whether to try Lord’s Resistance Army commander Dominic Ongwen concluded this week at the ICC. A live screening in Uganda of the proceedingsunderlined the importance of the Court’s communication efforts. Read what the victims’ representatives in the case had to say to the judges.

Darfur: Sexual violence as a weapon of war marked the Sudanese conflict in Darfur in 2015.

Kenya: The defense counsel of Kenyan Deputy President William Ruto said Kenya will ask the African Union to adopt and affirm its position on Rule 68 during AU summit.

What else is happening?
New satellite images strongly indicate the use of mass graves in Burundi, according to Amnesty International.

The Parliamentary Assembly of the Council of Europe called ISIS atrocities a “genocide” in a resolution adopted this week.

Find out more about the ICC Office of the Prosecutor’s strategy to balance quantity and quality of its work.

How does international justice fit in peace processes?

Since the ICC cannot deal with all grave crimes, should the international community create more hybrid tribunals?