6 facts about the African Union summit and the ICC 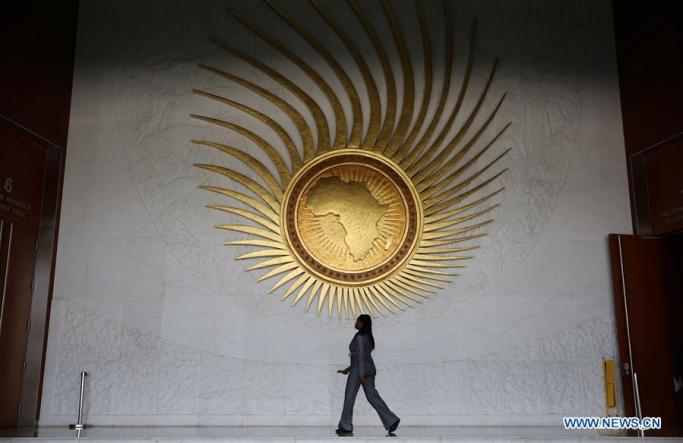 A woman walks outside a conference hall at the African Union (AU) Headquarters in Addis Ababa, capital of Ethiopia, on Jan. 28, 2016. © Xinhua

Reports that the African Union endorsed a Kenyan proposal for African states to withdraw from the ICC at its summit last week are unfounded. Here are six facts to set the record straight.

1. Current and former ICC suspects are leading the anti-ICC campaign

The anti-ICC campaign is being led by Sudan’s president Omar al-Bashir and Kenya’s president Uhuru Kenyatta and deputy William Ruto.

There was neither a vote nor a decision at the summit to withdraw from the Rome Statute, the ICC’s founding treaty. This is just the latest in a long-running anti-ICC campaign led by Sudan’s president Omar al-Bashir and Kenya’s president Uhuru Kenyatta and deputy William Ruto—all of whom have been charged by the ICC prosecutor with committing grave crimes. Withdrawal from the Statute would have no impact on cases currently pending before the Court. While the ICC prosecutor has withdrawn the case against Kenyatta, he has not been acquitted. The case can be re-opened, or brought in a different form, if new evidence brought forward.

2. It’s up to African states to decide on ICC membership, not the African Union

There are 34 African ICC member states. Côte d’Ivoire was the last African country to ratify the Rome Statute in February 2013. © CICC

The AU did recommend  that it’s Open-Ended Committee of African Ministers on the ICC consider a roadmap on possible withdrawal. However, any decision to withdraw from the Statute is up to individual states, not the AU. There is anything but consensus on this issue among the 34 African ICC member states, many of whom have amended their constitutions in line with the Rome Statute to ensure domestic accountability for war crimes, crimes against humanity and genocide.

3. The ICC only intervenes when governments fail to act

Former UN Secretary-General Kofi Annan (right) receives a sealed envelope with a report on Kenya’s post-election violence in 2007 from Justice Philip Nyamu Waki, head of the Commission of Inquiry into the Post-Election Violence. In 2009. Annan passed the report onto the ICC prosecutor after Kenya failed to establish a domestic accountability mechanism for the PEV. October 17, 2008. © Nation Media Group

In calling for withdrawal at this latest summit, President Kenyatta proclaimed that Africans “refuse to be carried along in a vehicle that has strayed off course to the detriment of [their] sovereignty, security and dignity.” The ICC was invited by an independent commission to investigate in Kenya only after the country’s lawmakers failed on three occasions to agree to set up a national mechanism to establish responsibility for alleged crimes against humanity during Kenya’s 2007-08 post-election violence. This is the Rome Statute principle of complementarity in action, which give states every chance to act first. Meanwhile, the UN Security Council asked to prosecutor to investigate atrocities in Sudan, and several African countries have self-referred situations to the Court.

4. The African Union and ICC share the goal of ending impunity for grave crimes

The mandate of the AU is consistent with the Rome Statute on the protection of human rights, including accountability for grave international crimes. Speaking at the summit, UN Secretary General Ban Ki-Moon commended “those nations that are actively supporting the Court’s vital work” and urged “all to maintain their commitment to the Rome Statute.” Now is the time for more dialogue to improve the AU-ICC relationship and accountability for grave crimes that continue to affect thousands across Africa.

5. Africa is not the only focus of the ICC 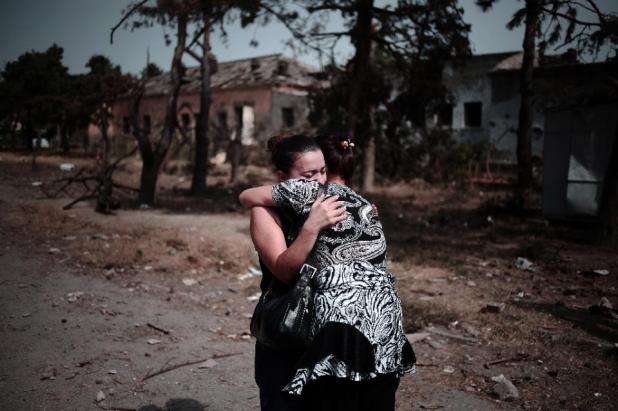 The ICC prosecutor has opened an investigation into alleged war crimes and crimes against humanity during the South Ossetia conflict which involved Georgia and Russia in 2008.

During the summit newly-elected AU chairman Idriss Deby, the president of Chad, stated that “[e]lsewhere in the world, many things happen — many flagrant violations of human rights — but nobody cares.” At present, the ICC prosecutor is conducting preliminary examinations in Afghanistan, Colombia, Guinea, Palestine, Iraq/UK, Nigeria and Ukraine to determine whether to open a full investigation. As the AU summit was ongoing, the ICC moved its examination of Georgia to an investigation, the first outside Africa. Civil society and others make thousands of submissions every year to the ICC prosecutor on suspected grave crimes in every part of the world.

6. Not everyone is buying the spin 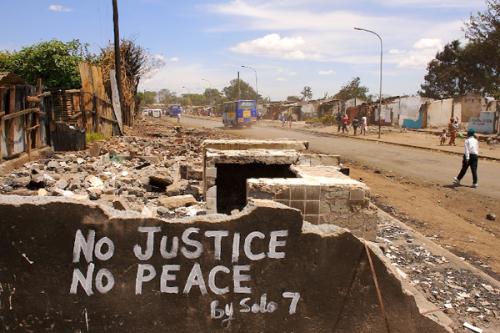 Images depicting the chaos of Kenya’s post-election violence, taken in the wake of the 2007-2008 national elections. © Martin Ndugu/Student Pulse

Following the AU summit, the editors of Kenya’s biggest newspaper, the Daily Nation, wrote that “[l]eaving the ICC with no credible mechanism for justice for mass crimes in sight would be an error of colossal proportions. It is far better for member states to stay in the court and advocate reforms rather than bolting and leaving millions on the continent unprotected by an international court which can step in when national institutions fail.”

Have your say – what can be done to improve the AU-ICC relationship?