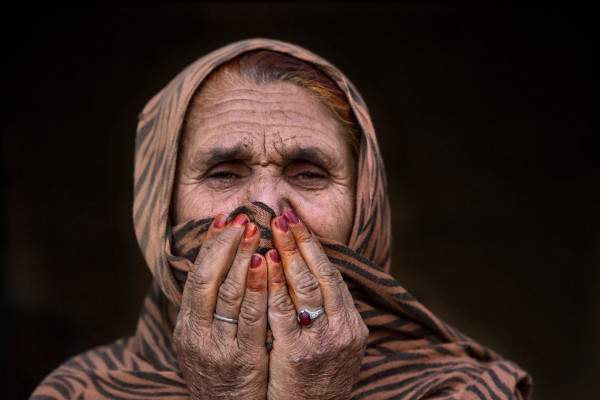 In Global Justice news this week: the conflict in Afghanistan reached the highest number recorded of civilian casualties; delays on reparations for the victims of the Congolese militia leader Thomas Lubanga; civil society experts discussed the implication of the ICC decision to declare recanted witness testimony inadmissible  in the ICC Ruto/Sang trial; the ICC Prosecutor called on all parties to cooperate with the just opened investigation and much more.

The conflict in Afghanistan resulted in 11,002 civilian casualties in 2015 – the highest number recorded – according  to a UN report released this week. That figure includes a 37 percent rise in casualties among women, and a 14 percent rise among children. Afghans face a daily horror of suicide attacks, bombings, kidnapping.

According to Human Rights Watch, Taliban forces are deliberately attacking civilians and recruiting child soldiers. Meanwhile, Afghanistan’s intelligence service has reportedly abandoned its investigation into the deaths of a group of civilians after being refused access to U.S. special forces soldiers suspected of involvement.

The International Criminal Court prosecutor has been conducting a preliminary examination of Afghanistan since 2007 to determine whether to open a full investigation into alleged graves crimes by all parties to the conflict, including the Taliban, government and international military forces.

Uganda: Violence during Uganda’s presidential and parliamentary elections this week.

Kenya: Much reaction has followed last week’s ICC appeals decision rendering inadmissible recanted witness testimony in the ICC trial of Kenyan Deputy President William Ruto and broadcaster Joshua Sang. The victims’ legal representative in the trial stated that the ruling was a blow for victims. Several international lawyers and civil society experts discussed the implications of the decision. Political pressure exercised by Kenya at last year’s annual session of the ICC’s governing body on decision threatens the independence of the ICC writes Elizabeth Evenson of HRW. The ICC said a pending decision on a defense no-case-to-answer motion was a separate matter.

Victims of rape in Kenya’s 2007-08 post-election violence are struggling to receive redress.

Georgia: The ICC prosecutor visited Georgia, calling on all parties to cooperate with the just opened investigation into the 2008 South Ossetia conflict. Georgia, Russia and South Ossetia reacted to the ICC’s inquiry.

ICC preliminary examinations
Guinea: Civil society members of the Coalition for the ICC share their expectations for accountability for the 2008 Conakry stadium massacre, among others.

Nigeria: An inside look into the Nigerian terror group of Boko Haram, which is believed to be creating an army of suicide bombers.

Tanzania expressed its support for the ICC.

Those responsible for targeting civilians in Syria, including under command responsibility, must be brought to justice said the UN human rights chief.

The trial of Hissène Habré before the Extraordinary African Chambers ended last week.

The UN warned that Kim Jong Un might be responsible for crimes against humanity in North Korea.

Concerns on the humanitarian crisis in Yemen.

France’s decision to launch an investigation for war crimes and crimes against humanity into Bashar al-Assad’s regime raised a polemic debate on national courts and foreign policy. Here is an video on the prospects of al-Assad facing trial for war crimes at ICC.

The International Criminal Tribunal for the Former Yugoslavia will hand down a verdict on alleged war crimes and crimes against humanity by Radovan Karadzic, the highest level official to be judged for the Srebrenica massacre.

In Cambodia, the Top Khmer Rouge leader Khieu Samphan appealed life sentence this week alleging that he was fighting for social justice.

This entry was posted in Kenyatta, Ntaganda, Ruto/Sang and tagged #GlobalJusticeWeekly, Afghanistan. Bookmark the permalink.