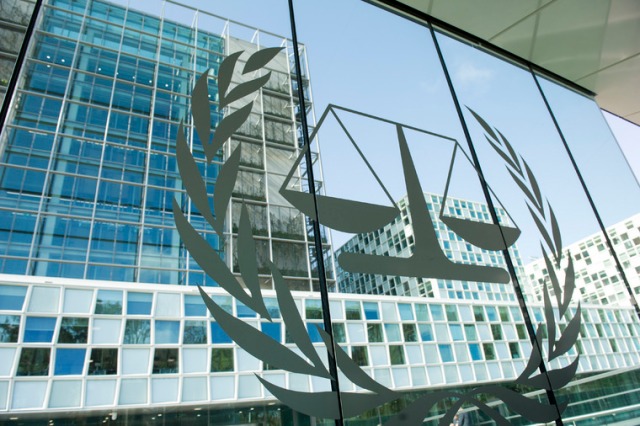 As the Rome Statute enters its 19th year with 124 countries now party to the International Criminal Court’s (ICC’s) founding treaty, the success of the ICC and Rome Statute system of international justice is more crucial than ever before as the world faces intense threats to global peace and security. In honor of this International Justice Day, 17 July, we bring you eight key moments in the ICC’s efforts to end impunity for crimes against humanity, war crimes, and genocide. 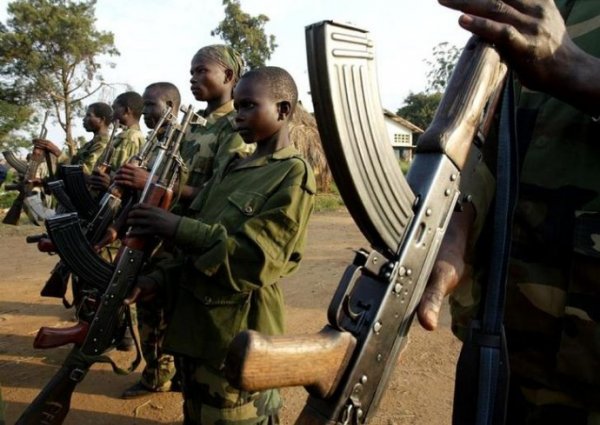 Children in DRC have been forcefully recruited or decide to join militant groups to receive a financial income and protection (Photo: Reuters)

Thomas Lubanga, the founder and former leader of the Union of Congolese Patriots features on this list as the first person ever surrendered to the ICC (in 2006) and, indeed, the first person convicted by the Court (in March 2012). Lubanga, convicted of forcibly enlisting and using children to actively participate in armed conflict, was sentenced to 14 years in prison.

Of particular note here is the ICC’s first decision on reparations for victims. While implementation of that decision has not been without challenges thus far, the fact that the Trust Fund for Victims’ reparations mandate has been activated is a cause for hope among affected communities in the Democratic Republic of the Congo (DRC) and promises evolving clarity for the Court’s stakeholders on reparations processes.

Arrest warrants for a sitting head of state – Darfur, Sudan 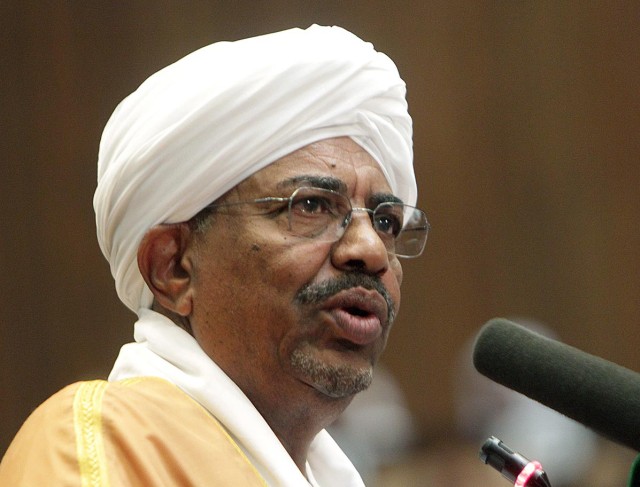 Sudanese President Omar al-Bashir is the first sitting head-of-state to be charged by the ICC, first in 2009 on charges of war crimes and crimes against humanity, and again in 2010 on genocide charges. All charges concern Al-Bashir’s alleged involvement in the ongoing conflict in Darfur.

The Coalition and several of its members have tracked Al-Bashir’s movements since his arrest warrants were issued. While justice for Darfuri victims has often taken a backseat to political and regional ties, the case provided a crucial moment for domestic justice systems, civil society efforts, and ultimately cooperation with the ICC when the South African Supreme Court of Appeal upheld a lower court decision denouncing South African authorities for shirking their obligation to arrest and surrender the fugitive during a visit in June 2015. 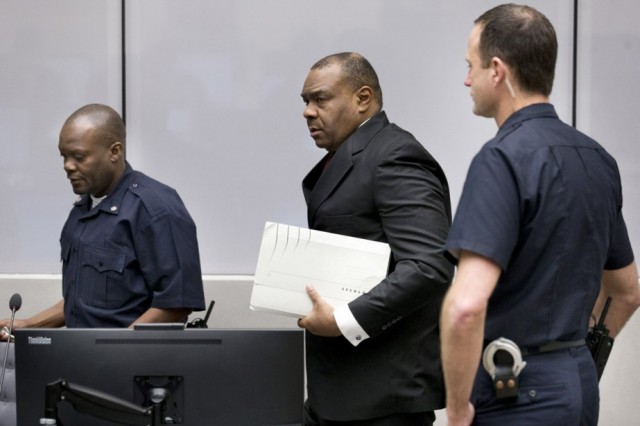 The ICC found the former DRC vice president guilty of crimes against humanity and war crimes in the Central African Republic from 2002-3 (Photo: Jerry Lampen, AP)

Jean-Pierre Bemba, the former vice-president of the DRC, was convicted in March 2016 in the first ICC judgment to assign guilt for sexual and gender based crimes (rape both as a war crime and crime against humanity). A historic and universally welcomed moment in the evolution of gender justice, Bemba’s conviction also gave the ICC its first command responsibility conviction, signaling to high-ranking military officers that they too will fall within the Rome Statute’s reach if they do not account for the actions of their subordinates.

The case involved crimes committed in the Central African Republic from 2002-3 by rebel group Mouvement pour la Libération du Congo, of which Bemba was commander-in-chief at the time. 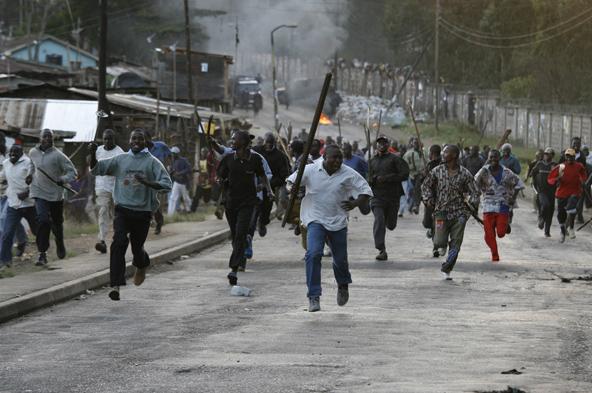 As the announcement of Kenya’s December 2007 election results is delayed, crowds demonstrate against what they see as the rigging of the election (Photo: Noor Khamis)

With the ICC proceedings against Kenyan President Uhuru Kenyatta and Deputy President William Ruto terminated in 2015 and 2016 respectively, meaning all ICC cases directly related to the 2007-8 post-election violence have ended, the Kenyan cases have forced a lessons-learned exercise for the ICC and its stakeholders. While small comfort to the victims and their families, who have seen justice delayed for almost a decade, the experience may prove crucial for current and future victims seeking justice for the most heinous international crimes.

Many, including ICC judges, have suggested witness-tampering could have played a significant role in the failure of the cases. The ICC will no doubt be mindful of measures to avoid such occurrences in the future and is already looking for ways to readily enforce the Rome Statute’s laws on witness-tampering. Also, absent an outright acquittal, the prosecutor will have an opportunity to build upon the dismissed cases with new evidence should it become available. Not least, victims, whose harms have been recognized but still have nobody to hold accountable, have begun to explore the ICC’s reparations mandate in depth for potential avenues to obtain justice.

First trial for a former head of state – Côte d’Ivoire 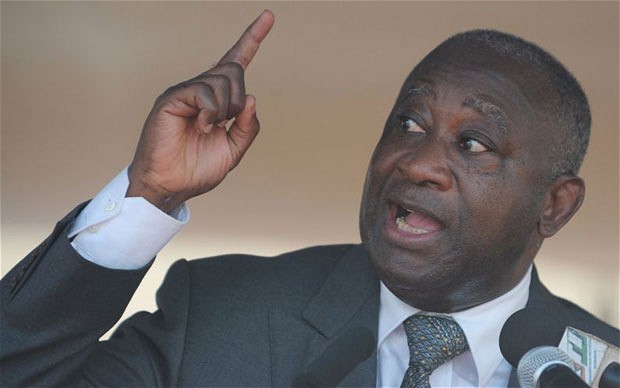 Laurent Gbagbo’s arrest and detention in The Hague was welcomed by human rights groups including civil society (Photo: AFP)

In becoming the first current or former head-of-state to enter into ICC custody in 2011, former Ivorian President Laurent Gbagbo provides an example of one of the Rome Statute’s core principles: that nobody is above the law. Gbagbo, whose trial alongside youth leader and co-defendant Charles Blé Goudé began in January 2016, is charged with murder, rape, other inhumane acts, and persecution as crimes against humanity, allegedly committed in the context of Côte d’Ivoire’s 2010-11 post-election violence. 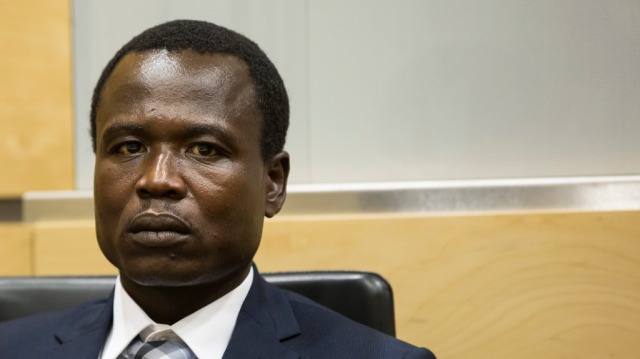 In March 2016, judges decided to send the former Lord’s Resistance Army commander Dominic Ongwen to trial on 70 counts of war crimes and crimes against humanity, largely in relation to attacks on internally displaced persons camps in northern Uganda. Forced marriage, forced pregnancy, torture, murder, and conscription and use of children under 15 in armed conflict are among the various charges, including some against Ongwen as a direct perpetrator.

With the charges addressing a far broader range of conduct than previous ICC cases, including with respect to sexual and gender-based crimes (sgbc), and the victims participating in the trial numbering well over 2000, the Ongwen case promises new developments in the ICC’s case law and case management strategy.

Destruction of cultural heritage on the map – Timbuktu, Mali 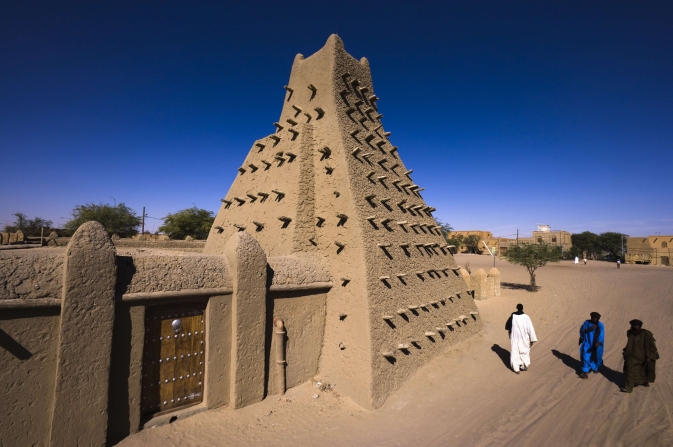 The ICC deals with the destruction of historical and religious monuments as a war crime for the first time in the upcoming trial against the Tuareg Islamist allegedly associated with Ansar Eddine and al-Qaeda in the Islamic Maghreb. Ahmad al-Faqi al-Mahdi, who headed the Hisbah (‘Manners’ Brigade’) in Timbuktu, Mali, is charged with the destruction of ten mausoleums and mosques in the UNESCO World Heritage city. The case will be an important step for clarifying the ICC’s competence to deliver justice for different types of victims and harms.

The case is also significant as the only to date at the ICC in which a defendant has expressed the intention to plead guilty. The single-week trial, beginning 22 August 2016, will be one to follow. 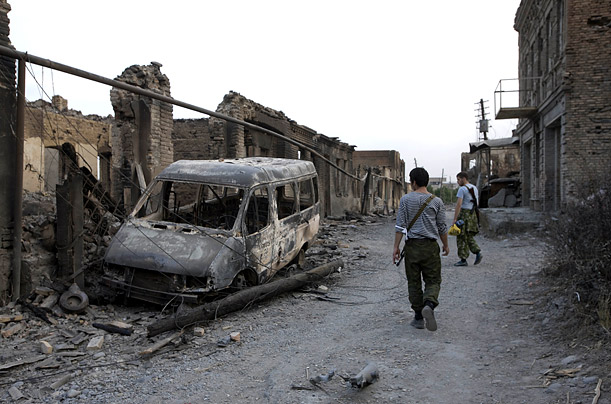 Ossetian volunteers pass a burned out van on a street in Tskhinvali. (Photo: TIME)

The ICC’s investigation into potential crimes committed in and around South Ossetia, Georgia in 2008 during the Russo-Georgian conflict amounts to the first formal investigation by the ICC that does not have an African situation or person as its subject matter. The development is particularly significant for the ICC, which has repeatedly contended with accusations of ‘targeting’ Africa – usually by those leaders whose own conduct is called into question.

Even before the January 2016 announcement of the investigation in Georgia, however, the ICC prosecutor was already conducting preliminary examinations into conflict situations involving Ukraine, Afghanistan, Iraq and the United Kingdom, Colombia and Palestine.

A work in progress…

Prior to the Rome Statute, the concept of a court that could extend the arm of the law across the globe was largely described as utopian.

In its short life to date, the ICC has done much to break down impunity for the world’s worst crimes: targeting leaders and senior government officials; holding military commanders to account for the actions of their subordinates; rejecting the notion that sexual violence is a natural consequence of armed conflict; investigating in parts of the world where rule of law has yet to take hold; and urging its member states to take such principles upon themselves.

Today, although the ICC and international criminal justice continue to face many challenges, there is hope that the above examples will inspire further support for the ICC’s vision and progress in the global fight against impunity.